40 Years and 40 Portraits: Photographer Captures the Lives of the Brown Sisters 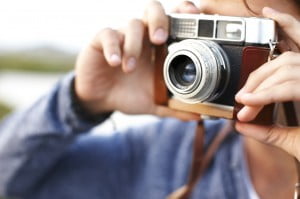 When photographer Nicholas Nixon asked his wife and her three sisters to pose for a family portrait in 1975, no one expected it to become the project of a lifetime. Unhappy with the initial image, he attempted to recreate the photo the following year, and thus began a 40-year-long photo series capturing the four sisters’ journey through time. Nixon describes the Brown Sisters photographs as an “annual rite of passage” that at once documents aging, the passing of time, and the unique ties of sisterhood.

All the portraits are in black and white, with the sisters standing in the same order. However, the photos are far from monotonous. Through time, the sisters change: you see the women aging, of course, but viewers can also witness subtle changes in the sisters’ demeanor and affection toward each other.

Our favorite aspect of this series is seeing the sisters evolve, both physically and emotionally. In earlier photos, the sisters are young, but seemingly detached from each other and the camera. As they age, they seem to grow closer, warming up to the camera and revealing more of their personalities on film.

This captivating and touching photo series will soon be on display at the Museum of Modern Art, in addition to the publication of the book, “The Brown Sisters: Forty Years.” See the collection and read more here.