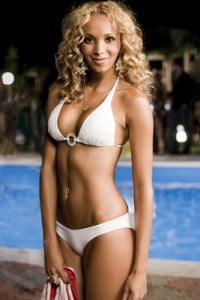 According to a study in the May issue of Plastic and Reconstructive Surgery, the official medical journal of the American Society of Plastic Surgeons (ASPS), 98 percent of women say the results of their breast augmentations met or exceeded their expectations.

The study was done by ASPS member surgeon Dr. Eric Swanson, and the participants in the study also reported improvements in their self-esteem and quality of life after the augmentation.

“This study is valuable in providing information from the patient’s perspective, not the surgeon’s,” said Dr. Swanson. “Patient satisfaction is the most important measure of surgical success.”

How the Study Found the High Breast Augmentation Satisfaction Rate

Over a five year period, the study interviewed 225 women who returned at least a month after their procedure. The women were asked about their recovery, results, complications, and psychological effects they may have experienced.

The majority of the women in the study had saline implants placed under the chest muscle and had an average implant volume of 390 cc. The average age for the participants was 34 years old.

Aside from the aesthetic benefits, the study’s participants also reported psychological benefits from their breast augmentations. 92 percent of the women surveyed said that their self-esteem improved and 64 percent reported an improvement in the quality of their life after the breast augmentation.